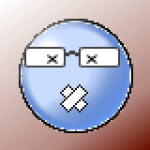 IndiaDAILY is your news, entertainment, music & fashion website. We provide you with the latest news and videos straight from India and beyond!
Contact us: contact@indiadaily.org
© Copyright 2017 - Newspaper by TagDiv